As we navigate our lives through the chaos caused by the COVID Pandemic, it is easy to forget about the plight of our deteriorating environment and more specifically animals without a voice fighting against extinction.

The largest of them all, The Majestic Elephant needs our help

Their populations have been decimated in one generation

The Asian elephant populations can be found in 13 countries across South and Southeast Asia, sadly their numbers are fast declining with an estimated 30,000 – 50,000 left in the wild.  Both the Sumatran and Borneo elephants are heading towards extinction with less than 1,500 remaining. Elephants have large home ranges and with the unprecedented rate at which the rainforest is disappearing due to drought, forest fires, illegal logging and growing human populations, their future is bleak if we do not take immediate action.

Elephant migration plays a vital role in balancing out the natural ecosystem, they travel over vast areas of land in search of enough vegetation and water sources to meet their needs. Feeding on a variety of plants, they disperse seeds in their dung which help generate new growth ensuring their ecosystem constantly replenishes and evolves.  Elephant herd sizes consist of 20 or more predominantly female elephants with the matriarch being the eldest female. Known for their intelligence and empathy, elephant herds have an intricate social structure. The males tend to leave the herd at adolescence and many lead fairly solitary lives, though some come together in bachelor pods.

The decimation of their habitat to pave the way for unsustainable agriculture, plantations, mining, human settlements and infrastructure is not only compromising their food sources, herd and migration routes, but is also placing the future of this migratory species at risk by creating human-elephant conflict as they compete for the same resources.

Sadly 70% of the time, elephants venture into unprotected areas, they are often found travelling through human-dominated areas resulting in the damage of crops, property and even human injury and death.  The outcome of such incidents is retaliation, often by poison, thus threatening their species even more.

As well as poaching elephants for their ivory, skin and meat, their population is also threatened by snares placed in the forest areas they cross.  Such traps are set by villagers to catch wild pigs or deer; however, elephants are becoming casualties, often dying from infected wounds.  In addition to these unfortunate facts, many elephants are still being exploited and experience lives of hardship in captivity due to unregulated tourism practices throughout Asia.

Family plays a vital role in herd behaviour and when one of these gentle giants is affected by man, it disrupts their social structure leaving them even more vulnerable.

The International Elephant Project (IEP) is a not-for-profit project for elephant conservation, rainforest protection and local community partnerships. In order to protect and save the entire ecosystem and biodiversity of habitats shared by elephants, the IEP was formed to conserve the elephants’ entire ecosystem in a holistic manner which has a positive knock-on effect on many other species fighting for their lives.

The mission of the IEP is to ensure the survival of all elephant species in their natural habitat by undertaking genuine, measurable and effective elephant conservation.

Their vision is simple: That all elephants live in the wild in secure and viable populations. But is it really that simple? 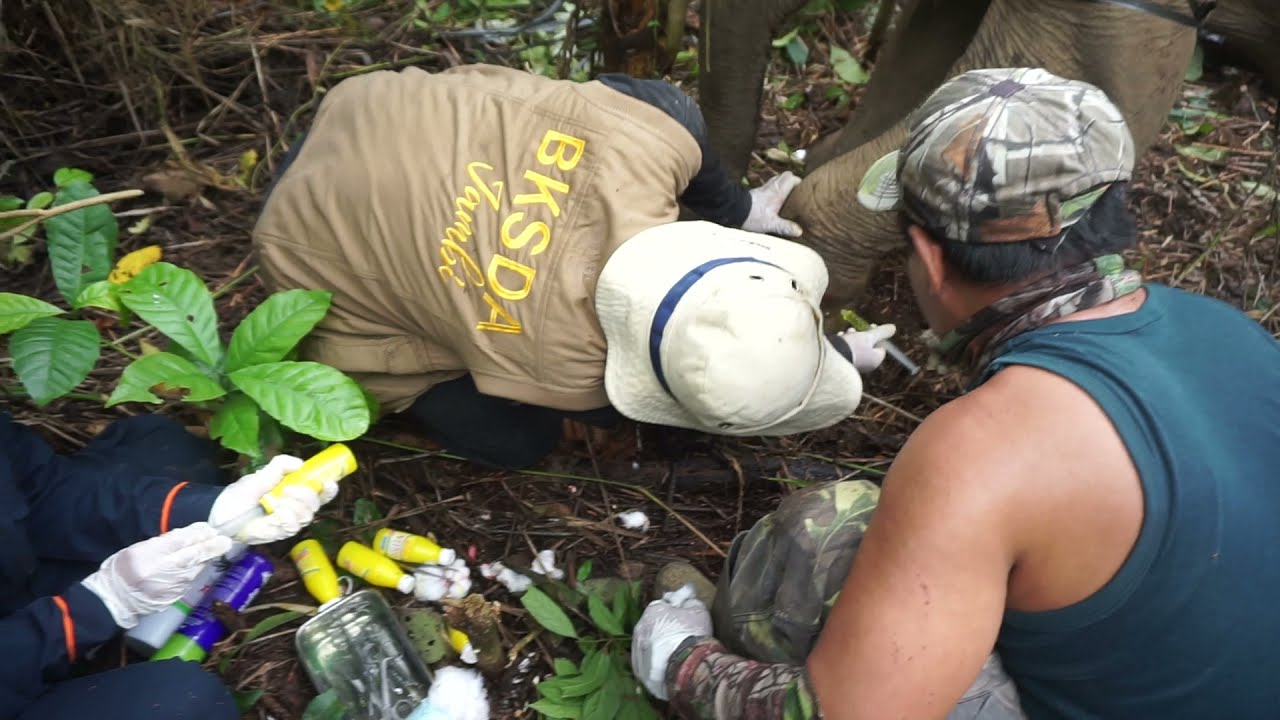 How you can help

The Rewards4Earth™ Endangered Species Preservation Mandate is supporting The International Elephant Project (IEP) and together we are determined to help protect and restore the fast declining populations of the giant elephants of Asia.

In July 2021, The Rewards4Earth Foundation donated to the IEP.  We are impressed with the level of commitment that the IEP shows by ensuring our contributions work as hard as possible.  By scaling back their operational costs, more money is spent where needed – protecting elephant populations and their environment.

We will continue to support the IEP and need your help.

We do not ask for your donations, all we ask is that you sign up and collect Erth™Loyalty Rewards Points.

Receiving much needed medical attention from The Wildlife Ambulance Team

How our contributions help save these critically endangered giants.

The International Elephant Project's vision is apparently not that simple

To ensure the survival of these majestic elephants, the road ahead is long and arduous.  Nothing would make us happier at Rewards4Earth™ than to help the IEP and provide much needed funding.

To be part of the solution, please click here.

“The question is, are we happy to suppose that our grandchildren may never be able to see an elephant except in a picture book?” David Attenborough

Where Planet Earth can Benefit from Every Sale made to Every Customer from Every Business on the Planet.

We use cookies on our website to give you the most relevant experience by remembering your preferences. By clicking “Accept All”, you consent to the use of ALL the cookies. Read More
Accept All Reject All Cookie Settings
Manage consent

This website uses cookies to improve your experience while you navigate through the website. Out of these, the cookies that are categorized as necessary are stored on your browser as they are essential for the working of basic functionalities of the website. We also use third-party cookies that help us analyze and understand how you use this website. These cookies will be stored in your browser only with your consent. You also have the option to opt-out of these cookies. But opting out of some of these cookies may affect your browsing experience.
Necessary Always Enabled
Necessary cookies are absolutely essential for the website to function properly. These cookies ensure basic functionalities and security features of the website, anonymously.
Functional
Functional cookies help to perform certain functionalities like sharing the content of the website on social media platforms, collect feedbacks, and other third-party features.
Performance
Performance cookies are used to understand and analyze the key performance indexes of the website which helps in delivering a better user experience for the visitors.
Analytics
Analytical cookies are used to understand how visitors interact with the website. These cookies help provide information on metrics the number of visitors, bounce rate, traffic source, etc.
Advertisement
Advertisement cookies are used to provide visitors with relevant ads and marketing campaigns. These cookies track visitors across websites and collect information to provide customized ads.
Others
Other uncategorized cookies are those that are being analyzed and have not been classified into a category as yet.
SAVE & ACCEPT